If any of you have read some of my previous posts you would guess that I have an obsession with street photography.   Understandably,  it’s only fitting that when I choose to do a bridal shoot for an editorial theme I shoot where else? on the street.  END_OF_DOCUMENT_TOKEN_TO_BE_REPLACED

Street Photography at Night in China Town: Pushing the limits of Handheld Shooting 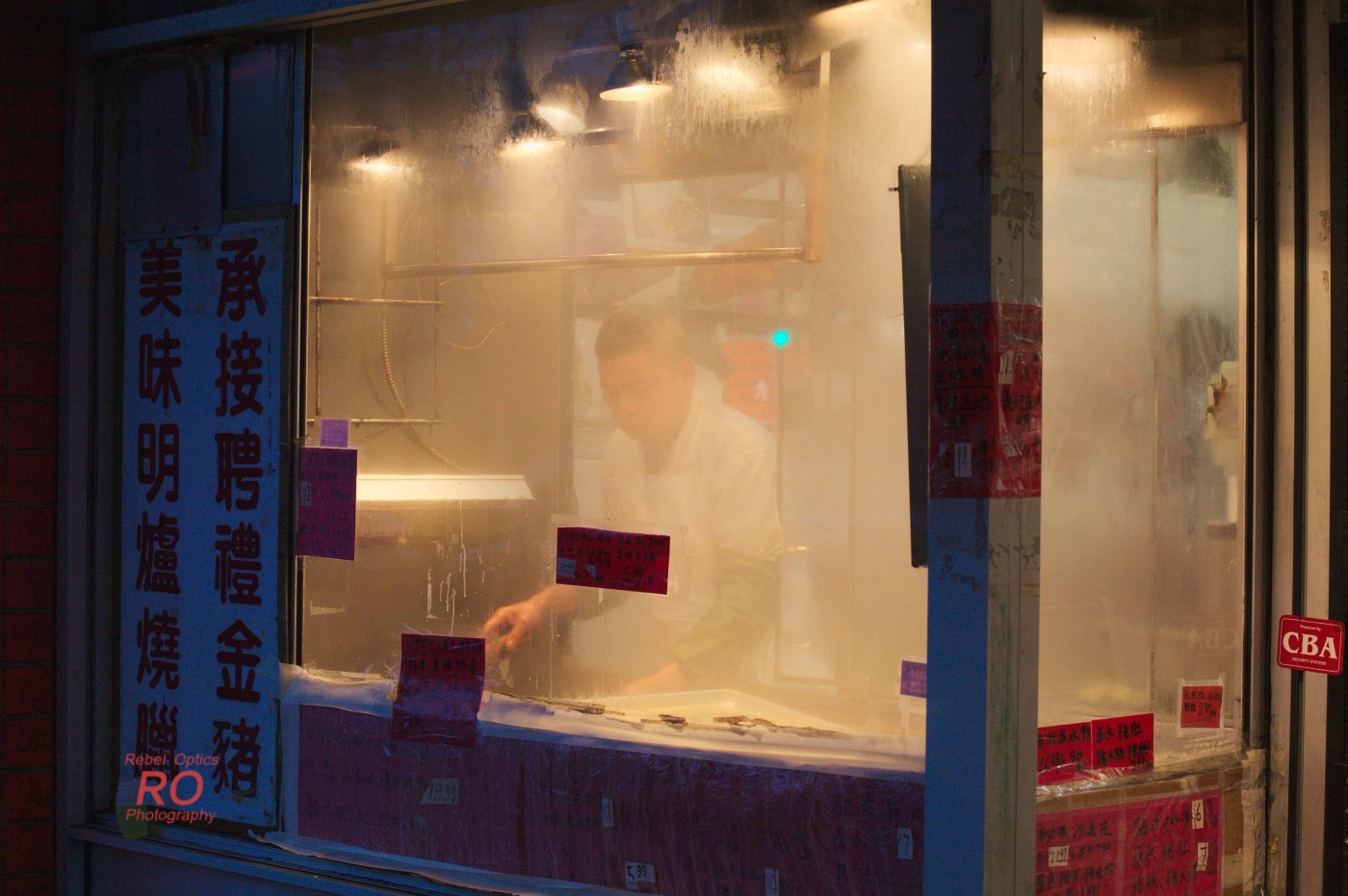 I hopped onto the sky train on Saturday evening to join some photographers on an early evening Street Photography session in Vancouver’s famous China Town.  As it was a low light situation I decided to lug my handy tripod with me.  For some reason I just can’t seem to get into using that thing.  I find it cumbersome to set up and by the time I am ready I have lost whatever I was going to photograph.  On this shoot I only used the tripod for two of the shots the rest of the shots I did handheld with a big 70-200mm lens on the camera. All shots are in Aperture priority mode. Settings for feature image above. f/5.7 1/320sec 75mm ISO 800 shot handheld. END_OF_DOCUMENT_TOKEN_TO_BE_REPLACED

Street Photography: 70-200mm lens, The art of the “walking Portrait”

Street photography is not a new genre, however it became known in Vancouver more widely in the 1930’s.  This is when  depression era studio photographers were forced by economics to take to the streets and take candid photos of people to try and get them to contact the photographer later to buy the photo.  These enterprising photographers handed out tickets that could later be matched with the photographers copy of the ticket to retrieve the photo for the client. This is roughly when the term “walking portrait” came into common use. END_OF_DOCUMENT_TOKEN_TO_BE_REPLACED

Recently I attended a boudoir photo shoot with Spanish Model Cayetana Molla Bendito and 3 other photographers.  Although it was economical to share the expense of a model and hotel room I found shooting “papparazzi” style with other photographers in a small space presented a few challenges. Care must be taken in Composition, shot timing, using one light and using simple lighting angles. END_OF_DOCUMENT_TOKEN_TO_BE_REPLACED 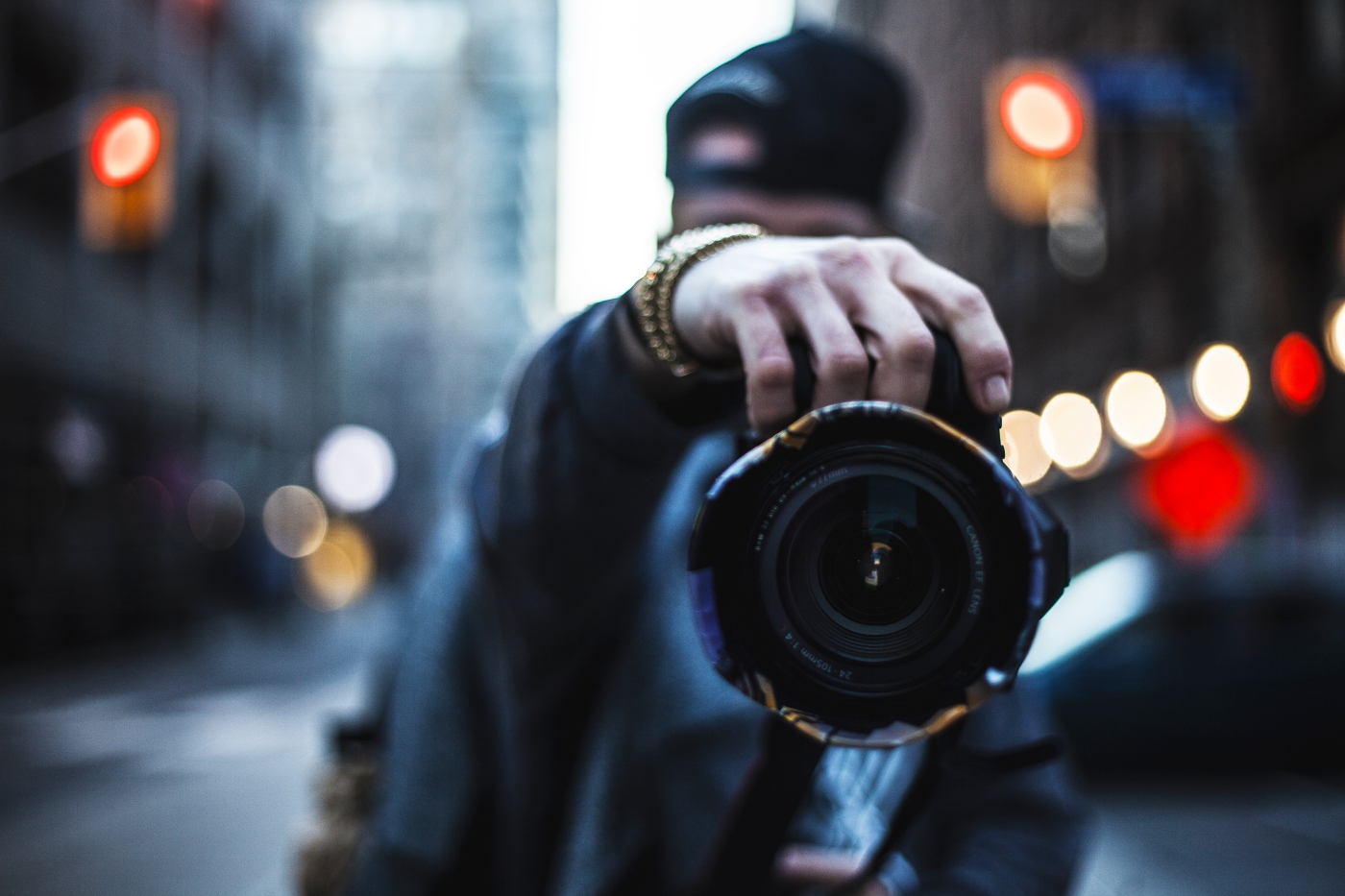 Street photography can be challenging even in good conditions.  As a West Coast based Canadian Photographer I deal with some of the darkest and wettest conditions encountered by anyone.  In addition, as I write this there is snow on the ground in Vancouver.  We haven’t had a winter as snowy as this for 30 years but that’s a whole other article. END_OF_DOCUMENT_TOKEN_TO_BE_REPLACED

A few weeks ago I set  up for a Saturday morning portfolio shoot with a local model named Iris.  As this was a casual session to help her add to her portfolio I decided to do the shoot in my living room against a simple black low key backdrop. With a model who has some experience you need to keep it simple. Wasting time fiddling with complicated lighting or camera configurations will break the models sense of timing and ruin the mood.  I had seen a few sample photos of her and knew her black hair would look great against a black backdrop.  I was not prepared for the beautiful red highlights that were added by her stylist before the shoot.  Gotta get that persons contact info. The sample photos she sent me were not enough to prepare me for our first meeting. Gentlemen, this is a beautiful, athletic Vancouver gal.  END_OF_DOCUMENT_TOKEN_TO_BE_REPLACED

The Digital Age: Looking back through history at vintage cameras

In an era of incredible DSLR camera technology with all the different modes to shoot in.  All the bells and whistles of  editing and image enhancing camera settings. The various choices of full frame sensor or cropped sensors not to mention the myriad of lens choices. With all these modern features it is easy to lose sight of how far we have come in such a short time.  END_OF_DOCUMENT_TOKEN_TO_BE_REPLACED

Street Photography: An activist/web journalist gets caught in a riot

While looking through some old digital photo archives I stumbled upon some shots I took 5 years ago during Vancouver’s famous and arguably notorious Stanley Cup riot. I am old enough to remember the riot in 1994 so I was prepared with a digital camera, water and a first aid kit.

As the game ended it became clear to me that something was about to kick off. One of the main things that help a photographer in general is a sense that something is about to go down.  As a keen people watcher I noticed a small band of young thugs pushing their way through the crowd toward the central hub of activity in front of the big screen where we all watched in horror as the final seconds of the game ticked off.   What followed happened so quickly and spiralled as the hive mind took over.   Some how the crowd got into a manic frenzy of destruction and I managed to get off a few shots.

This shot taken early after the first group of young thugs went to work shows that to have a riot you first need a large central fire to build unity of the collective mind. We all stood yelling and getting worked up.  Suddenly “normal” people went crazy.

As things progressed I moved between the combined roll of photographer to crowd director to help the police get out as they were trapped in the middle without any riot gear.  They returned shortly and launched tear gas into the crowds.  The crowd fired back with water bottles and anything they could throw. It was chaos.

All tooled up the police engaged in a stand off with a crowd that refused to give any ground.

These shots tell the story far better than words.  Sometimes in photography we tell an unpleasant story but the Photographer tries to stay true to the art and simply tell the story through photos while trying to remain neutral and apart from the scene.

Lesson learned  always have your camera and be ready to record life’s less than proud moments. 😉 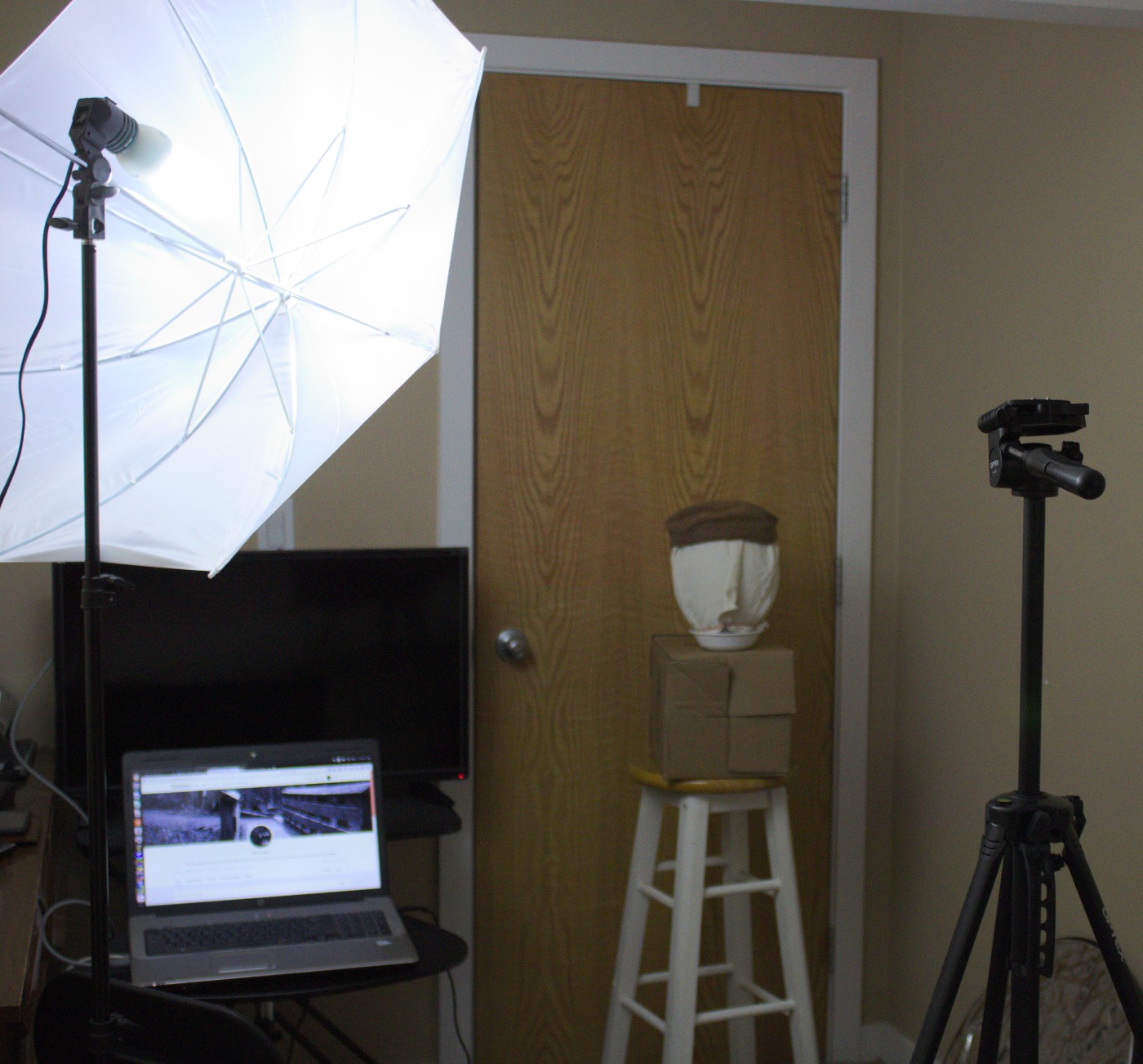 Using only 1 of my lighting umbrella’s in shoot through position and a portable 5 in 1 reflector I set up to do a project to compare and practice 4 basic go to one light portrait set ups. Broad, Short, Rembrandt and Butterfly Lighting.  Not having a beautiful model lounging around my apartment I opted for a highly skilled balloon head with a cotton skin tone bag held around it with an elastic. I formed a basic nose bridge and put a hat on it to provide artistic appeal.  Close enough, miss “balloon head” sits still and doesn’t need to be fed expensive chai latte’s every hour. 😉 END_OF_DOCUMENT_TOKEN_TO_BE_REPLACED